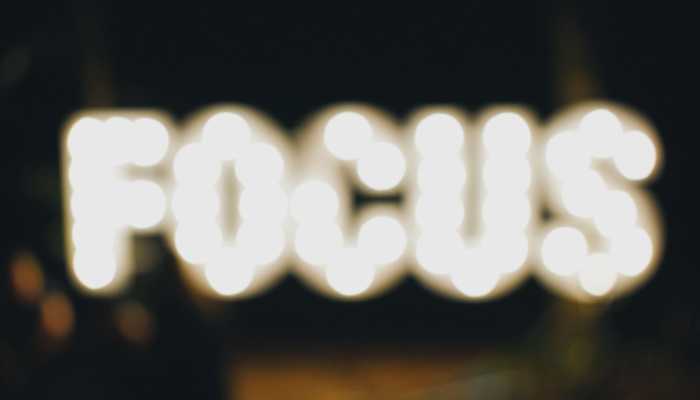 Photo by Stefan Cosma on Unsplash

There are a lot of articles out there discussing why people need to focus instead of trying to multitask. At best, I have seen this being done from a biology point of view going into depth about how our brain works on a more fundamental level. I studied Computer Science at University, and this multitasking problem isn't new to me. Let's discuss how computer operating systems schedule tasks and what valuable lessons we can learn from it.

What is Process Scheduling?

A computer operating systems' fundamental role is to allow users to interact with the many applications on its platform. While it can offer computer programs many benefits such as a natural and consistent way to display something visually, but more importantly avoid headaches that come from interacting with hardware directly.

At the early days, there is only one core (which includes one thread) on a CPU. The operating system has no choice but to run one application at one time. This was fine when everyone was inputting into a terminal and looking at a black screen. When operating systems introduced the GUI (Graphical User Interface), this was no longer possible, people naturally people wanted to interact with several programs at the same time. 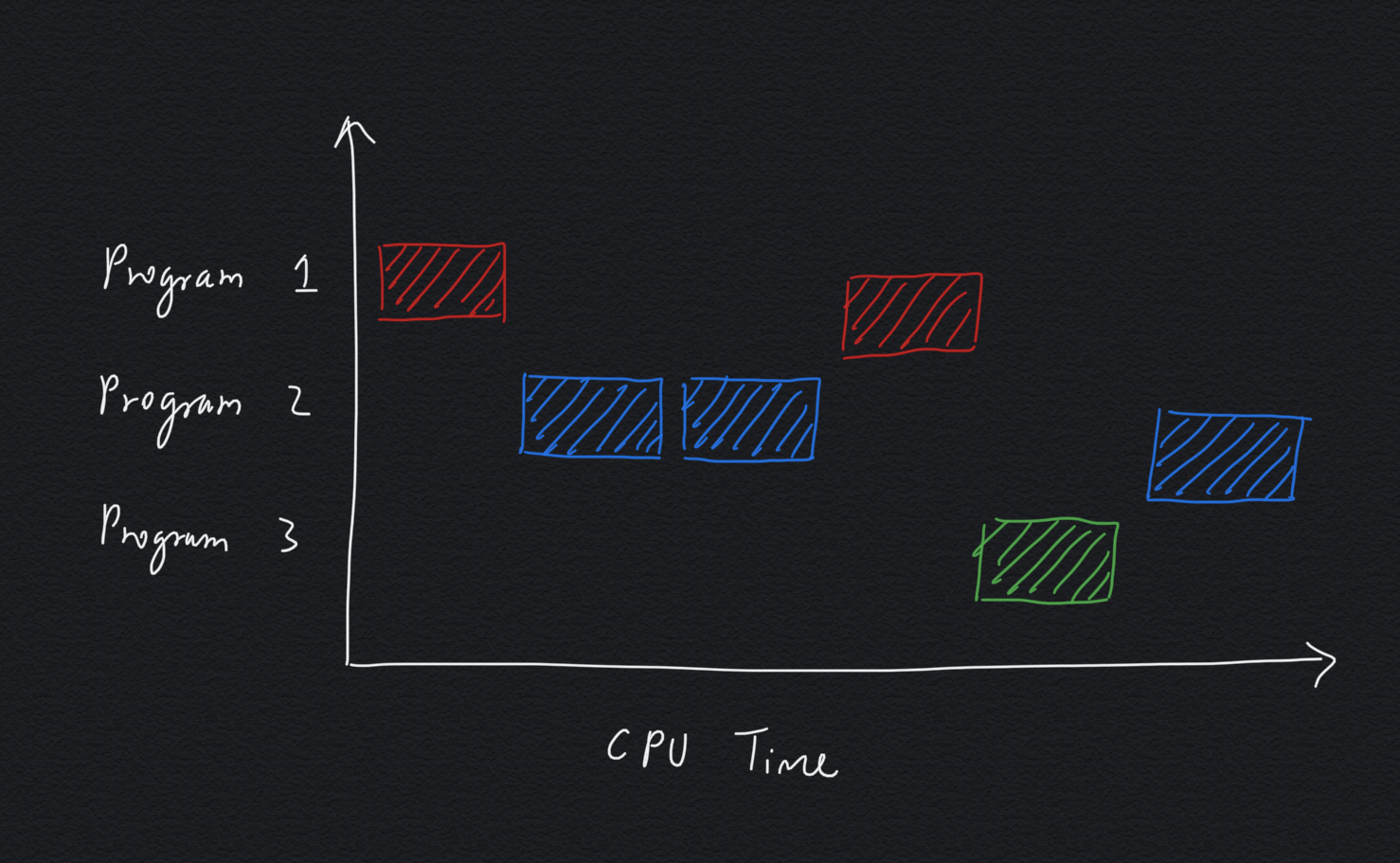 From a hardware point of view, it was not possible to achieve multitasking. So computer scientists decided to tackle it via the software side. Then process schedulers came and saved the day! Instead of the CPU working on a single program at one time until the user decided to quit it, the operating system would instruct it to split its processing power across all applications that are running. By jumping around and processing different programs for an allocated amount of time, it provided the illusion that we are running many programs at the same time.

However, it is not all rainbows and roses. The more operating system tries to switch between tasks, the less processing it could complete in the allocated time. In order to switch to another scheduled job, the current work progress has to be saved, and then new task data has to be loaded before it is possible to process anything. Both saving and loading take time, if the scheduled time for each task is too short, then the computer barely has enough time for anything else. Effectively, it will just be switching between tasks and doing zero processing, for a user it may feel like the computer has frozen and is unresponsive.

We are not so different from computers

The human brain works surprisingly, similar to a computer CPU. Our brain cannot process multiple pieces of data at the same time. The fact people think they could watching Netflix and doing work at the same time is also just an illusion. Behind the scenes, the brain is jumping between consuming video and audio from the TV screen and trying to think about the work problem they are trying to solve. It will not only exhaust you mentally very quickly, but it is also very ineffective.

Just like the process scheduling, our brain needs time to switch between different tasks. It is usually referred to as context switching overhead/cost. No matter how trivial another task is, breaking your current flow will require energy and time to bring the focus back to what you were doing. To put simply, this context switching creates processing overhead and is very expensive. If constant interrupted, you would probably find yourself getting very little done even though you have been staring at your work for a very long time. Also, if you do manage to get the job done, the quality of work produced is likely to be far from your best when you have to "mentally juggling" multiple things.

To be honest, I am not a biologist, so I won't be able to explain the intricacies of how the brain functions. But checkout this excellent video by BBC Ideas What multitasking does to your brain which explained it perfectly.

Here are a couple fun and easy to read books if you would like to learn more about the human brain.

Idiot Brain: What Your Head Is Really Up To

The Chimp Paradox: What Your Head Is Really Up To

How to be mono-focused (one task at a time)

1. Record ideas that are bothering you

Write down all the ideas floating in your head on a piece paper and promise yourself that you will come back to it later. Knowing these ideas will be reviewed at some point shortly, this will be enough to calm your brain down, and it'll feel "safe" to stop thinking about them allowing you to concentrate on your task fully. If you want to learn more about this, it is a technique I learned from Getting Things Done book.

Getting Things Done: The Art of Stress-Free Productivity

I often listen to music when trying to focus, but you mustn't overshoot it. In general, I would stay away from music videos because the adverse effect is too obvious to ignore. Slower songs with more lucid lyrics are also bad for me because my brain will start picking up on the cues. Instrumental music is my goto music genre for better concentration.

Alternatively, if you don't want to listen to loud music, how about some peaceful rain noise? It keeps me calm and doesn't feed my brain too many triggers to go off on a tangent. I have been using rain.today a lot recently.

Silence every alerts on all devices when you are trying to focus. Don't let an unexpected message or notification from some random app break your previous focus and flow. If you struggle at the start, use a Pomodoro timer and follow its work and break schedule. Once you get comfortable with the idea, stop using a timer and just put your head down and work until you are mentally tired, then get up and walk around.

Use a pair of noise cancellation headphones. I absolutely love using this type of headphones when I want to focus, and sometimes I would even use it for the noise cancellation without playing things. I find it that it could block most of the background hums, cracks, car driving past, distant chatter, etc.

I am a night owl, so I focus very well late at night, this is probably because everyone else is asleep. It is a bit hard to do during the day or in a work setting, but try to find ways to find some quiet time by booking a small meeting room and work in there for a couple of hours if you have that luxury.

Given the current Covid-19 situation, the distraction probably comes from family and flatmates. If you are struggling, it might be beneficial to have a calm and friendly chat with them to see if they could give you some space and time during the day. It might involve not disturbing you during a specific time of the day unless it is very urgent.

Scheduling is an interesting algorithmic problem, people have designed many different scheduling methods over the years, although none is best at everything. Some are better at bursts of computation, while others may consume less energy but translates to a sluggish performance. There are many schedulers out there and check it out here Process schedulers in operating system.

Render client-side only component in Next.js Stop trying, you can't multitask Set up domain forward from Cloudflare to Netlify Are you ready for Google Core Web Vitals? Easily test your site for improvements with Sitespeed.io